A mediator is a person from outside the dispute, with no personal stake or interest in the outcome, who does not know or have a personal a prior relationship with any of the involved parties, and who is there to assist all parties of the dispute without input of her own opinion or judgment.  The mediator's point of view is not important because a mediator does not act as judge or jury and the mediator must keep her opinions out of the mediation.  The mediator's role is assisting the disputing people to communicate their points of view, interests and priorities in a safe environment, to better understand the picture from their own as well as from the other person's perspective and to help people to take back control of their part in the conflict situation.

Mediation is a voluntary process : even in a court ordered mediation, no one is obliged to make any choices, and can end the process at any time.  Unlike the court, where arguments are made and positions defended by others, and decisions made by judges, in mediation people make their own choices and take decisions into their own hands.  This can work when people are able to express themselves honestly and take ownership of their own feelings and decisions.  It is easy to assume that we know what the other person is thinking or going to say, especially when there is a shared history with that person, but sometimes listening completely to what the other person is thinking can alter our assumptions.  In a transformative mediation the goal is for people to find their own empowerment to address the conflict situation in a manner which is more constructive and in line with their own beliefs and needs.  The transformative mediator trusts the participants to have the best understanding of their own situation and themselves to find a positive approach to the conflict and the other person.

Mediation is a confidential process from the mediators perspective: mediators must protect the identities and personal details shared during a mediation at all times so your privacy will be completely protected.  Information shared during a mediation cannot be brought into evidence in any trial or hearing if it is not discovered through legal process or already known publicly or to the parties involved.   Parties to a mediation determine how they agree to approach the subject of confidentiality.

Outcomes of a mediation :

It is always up to the participants in a mediation as to whether or not they want to record any agreement they may come to during the mediation.  If an agreement on the resolution of the dispute is reached during a court appointed mediation, it is advisable that it be documented in a Memorandum of Agreement or recorded in a Mediated Settlement Agreement.  In the State of Texas, under the Civil Practice and Remedies Code, Title 7, Alternative Methods of Dispute Resolutions, Chapter 154 Alternative Dispute Resolution Procedures, a Mediated Settlement Agreement which resolves the dispute is "enforceable in the same manner as any other written contract".

If no agreement is reached in mediation, the mediation is closed and, if the dispute was referred to mediation by a court,  the only thing reported back to the court is that the parties participated in a mediation and did not settle.  In transformative mediation an agreed solution may be a result of the mediation, but finding a way out of the destructive cycle of conflict is the main goal.

Whether any final Agreement is reached or not, mediation can help improve the relationship between or among the disputing parties.  This is especially helpful in situations such as divorce or separation where ongoing co-parenting is required despite separation of the couple; where extended family decisions need to be taken and there is disagreement as to how to proceed;  in neighbor disputes:  wherever the relationships between or among the people involved are ongoing and important.

Transformative (or non-directive) mediators are trained to follow discussions from an unbiased perspective, to help people to find their way out of the conflict spiral, express their real thoughts, feelings and needs, and to help people to find themselves what is for them a more constructive way to listen to and deal with the conflict in their relationship with the other.  Through information sharing and listening, people can start to see the way the other person is thinking, even without necessarily agreeing.  Empathy can help open up the dialogue to alternatives which do not seem to be there initially.  By recognizing similarities as well as differences in the way each person sees the situation, and recognizing one's own humanity as well as that of the other person the conflict dynamic can change.

Does transformative mediation take more time?  If the process followed by the mediator is really focused on recognition and empowerment of the participants, this really depends on the participants.  Time gained by directing participants to a quick solution which is not really addressing their underlying feelings and needs is less likely to change the negative conflict spiral and be a long lasting solution (the number of court modification requests where mediated settlements were initially agreed is evidence of this fact).   Non-directive mediation is still useful even where there is no component of an ongoing relationship, as the negative cycle can still be present due to the conflict and changing it is a relief for all involved.

How can mediation help ?

Whether a legal process is involved or not in a conflict situation, mediation can help people to: 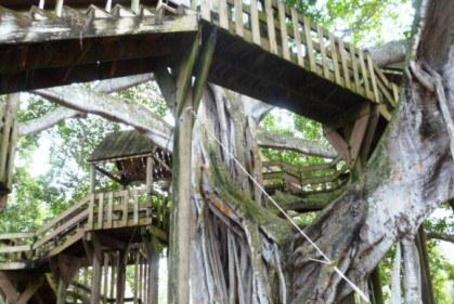